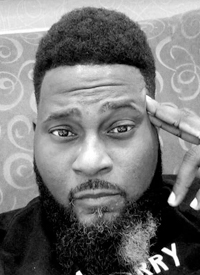 Ronald G. Murray, MPA, LSW, LCDC-III is from Columbus, Ohio has over 16+ years of experience as a service provider, community advocate, and clinician. Ronald is a graduate of Columbus State Community College and Ohio Dominican University. He completed his master’s degree at Walden University.

Mr. Murray has been working in HIV/AIDS as an advocate, service provider, educator,?and trainer since 1994. He’s been a mental health and alcohol and/or drug counselor since 2006.? Ronald currently works as the Program Manager for the Franklin County Municipal Courts’ MARCH program. Mr. Murray is the founder and CEO of P.E.A.C.E of Mind, LLC which is committed to providing personal and professional development/education to individuals and organizations throughout the community.?

Mr. Murray is the current Board of Trustees President of Stonewall Columbus and the Board President of UMADAOPOF (Urban Minority Alcohol and Drug Outreach Program of Franklin County).  Ronald is also involved in the house and ballroom community which is an underground culture and community within the BIPOC LGBT+ community. He is a founding father of the House of Xclusive Lanvin and is the Overall Godfather of the house. He is also the co-creator of the XL CARES Initiative which is the social enterprise component for the house of Lanvin and focuses on care, advocacy, resources, education, and services for the ballroom community.